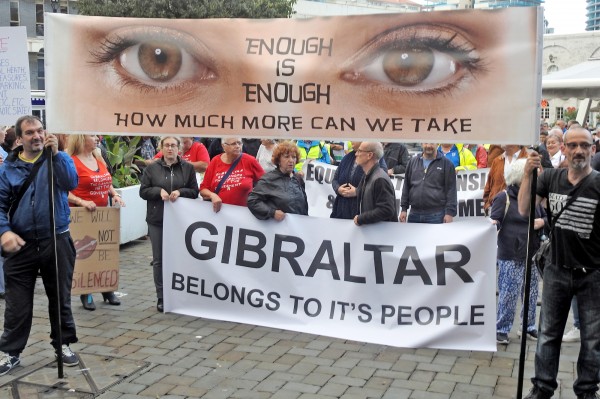 On Monday 1st November 2021 there was a demonstration and march on ‘many issues’. Despite the weather being dark and overcast and threatening to rain around three hundred people assembled at Casemates at 17.30, listened to brief addresses, and with banners marched in an orderly way to Convent Place.

Although the run up campaign on social media listed a large number of issues of discontent with the Government, and the lead banner was ‘Enough is Enough with the ‘open your eyes’ logo.

A sizable number of people in the march and two banners were from the Community Care Action Group.

There was a presence from the Voice of Gibraltar Group, but the exception of Edwin Reyes there was no participation from the opposition parties.

The organisers were met outside Number Six by the Chief Minister and handed in a letter asking for a free GHA line for appointments and a referendum on the proposed treaty with Spain.

Speaking to GBC James Parody, one of the organisers, explained the need for the GHA appointments line as calling the existing one was very expensive and on the other main topic said that if the treaty was not passed unanimously by all members of Parliament, it should be put to the people. The Chief Minister, Fabian Picardo, said the right to demonstrate is sacred, and before being in government he had demonstrated himself a number of times.

However, he rejected calls for a referendum on the Treaty being negotiated between the UK and the EU on Gibraltar, but said that only the Gibraltarians would decide our political future now and forever. 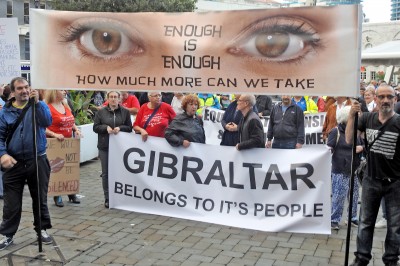 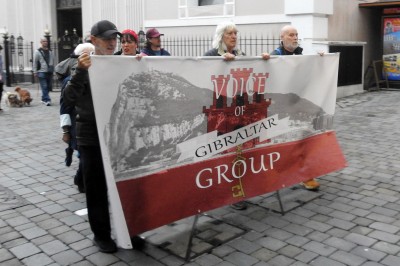 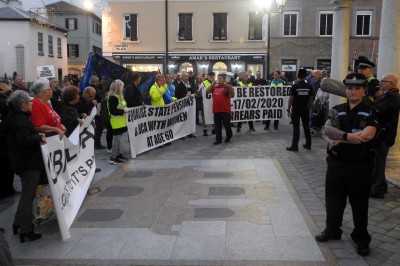