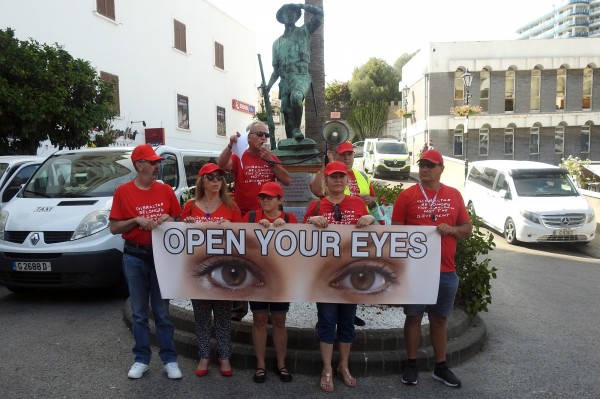 On the evening of 29th June 2020 there was a demonstration organised by this new group starting from Casemates at 18.00. There was a short address from the organisers, after which around 250 people moved along Main Street, through the town centre past the Piazza ending up outside number six Convent Place.

The demonstration was conceived last month, but put on hold by the RGP due to public emergency regulations due to the pandemic.

The organises were ‘Open Your Eyes’ a new group set up to air grievances with the Government of Fabian Picardo. The group says that there are "many citizens and groups from Gibraltar who are already tired of all the restrictions they have suffered during the pandemic and that seem to have no end".

In recent days, complaints about the government's management in the final part of the crisis, unlocking Gibraltar have been constant: last week a banner was hung on the bridge over Winston Churchill Avenue saying “Gibraltar belongs to the Gibraltarians not the government”

The group say that the pandemic lockdown has changed things. Freedoms and things that were taken for granted have been lost, and although praising the government for their handing of the crisis, they have used the opportunity to introduce other measures unrelated to it.

This is the reason why, the organisers say, the group was formed and the demonstration undertaken.

The group highlighted a number of issues, like the closure of Line Wall Road to cars, the increasing number of blue ‘pay parking’ spaces, the Midtown parking charge hike, the closure of Chatham Couterguard and Europa Road without any consultation.

There are other issues they mention, like mental health, autism, bullying at work, Community Care payments, pensions, housing, environmental issues and a lack of transparency and accountability. All important community matters where they feel the government has lost touch with the public.

The demonstration passed off peacefully with a modest police presence. At Number Six, the Chief Minister Fabian Picardo came out and met with the organisers briefly. They then crossed the road to the Convent where a list of their complaints was handed to the Governor. 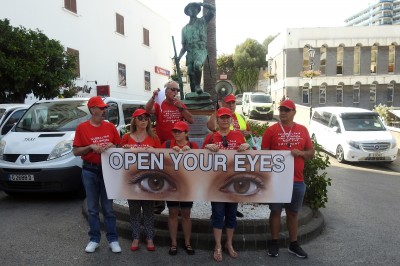 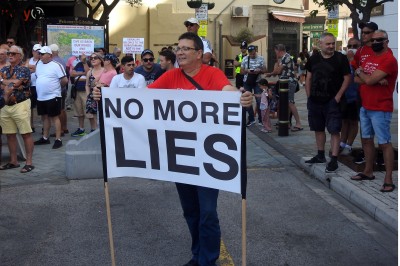 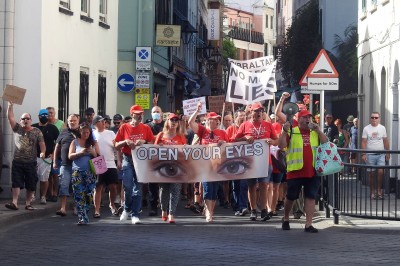 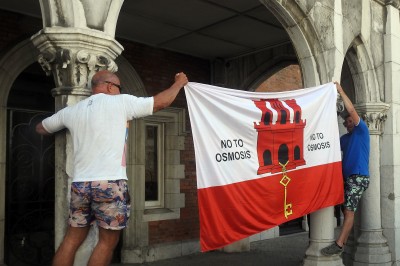 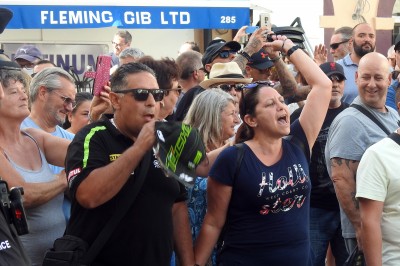