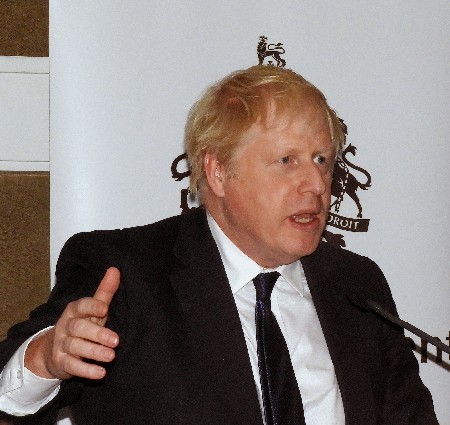 With a theme of “Build back better – Getting on with the job” the Conservative Party Conference kicked off in Manchester.

Usually there is a large demonstration outside the halls on the first day, this was much smaller this year, as was the conference auditorium.

However, the seats were full, as was the exhibition hall. As usual the Government of Gibraltar had a stand adjacent to the one from the Falkland Islands. Like Gibraltar the Islands received an adequate supply of vaccine and have a 98% take up.

The new Foreign Secretary, Liz Truss gave a keynote speech on the main stage and said: "Britain has always been at its best as an outward-looking, optimistic nation, confident in its ability to compete and lead. This is Britain I want us to be – patriotic and positive."

She concluded saying: "Britain's best days lie ahead, I reject the voices of decline. I believe that Britain's best days are ahead of us. We will put the UK at the heart of a network of economic, diplomatic and security partnerships. We will help other countries grow through enterprise and trade. And we will make our country more competitive, safer, and freer. This is how, as Foreign Secretary, I will ensure our foreign policy delivers for everyone across our great country."
The Gibraltar government reception, which is usually packed out, was full and regular supporters like Dr Liam Fox and Andrew Rosendell were seen. In the past Foreign Secretaries have addressed the audience. However, previously Theresa May has attended as Prime Minister and this year Boris Johnson was there.

He reported that the British economy was recovering fast due to Brexit and the vaccination campaign and mentioned that Gibraltar had received a timely supply of vaccine via the RAF because we are part of the British family. He said the unity between Britain and Gibraltar was forever, and that the Conservatives believe the people of Gibraltar have the right to chose their future.
He sent his best wishes to the Chief Minister, Fabian Picardo, who was unable to attend the event due to a positive Covid test after attending the Labour Party Conference.
Future conference events include a presentation by Lord Frost, Minister of State for the Cabinet Office, who will reflect on the tumultuous two years since the last Conservative Party Conference in Manchester, and how the Government has delivered on all its core pledges to Get Brexit Done, defying its critics who claimed it was impossible or would take years and years.

He will look ahead to the transformative opportunities the UK is already pursuing, now we are a fully independent state in charge of our own laws - new FTAs, a new immigration system, agricultural support system, data regime, international sanctions regime, and world class technology-led approaches to gene editing and GMOs, medical licensing and medical devices, the future of transport, and Artificial Intelligence.He will highlight the fact that this is only the start of the government's ambition to spur on a new British Renaissance, and look ahead to further work on major reforms, including a comprehensive review of all inherited EU law to ensure that Retained EU Law that is not right for the UK - and was never subject to proper democratic scrutiny - can be quickly repealed or revised.

Later The Rt Hon Rishi Sunak, Chancellor of the Exchequer, will talk about his vision of the future
On the last day, Wednesday, there will be a presentation on “an Injection of Hope – the Great British Vaccination success” with Nadhim Zahawi MP. Finally, the Prime Minister, Boris Johnson will give a keynote speech at 11.30 UK time wrapping up the conference.