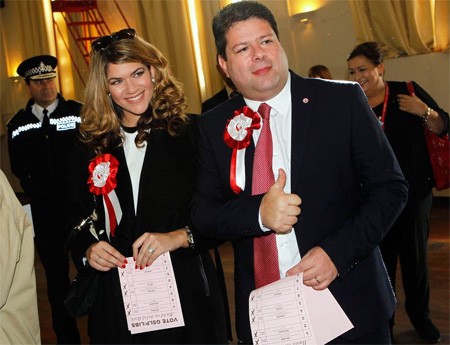 The Gibraltar Socialist Labour Party (GSLP) and Liberal Party alliance, led by Fabian Picardo, has been elected for a third term of office.

Their support has dropped to 53% of the vote, with the rest split between the Gibraltar Social Democrats (GSD) and the new party, Together Gibraltar formed by Marlene Hassan Nahon who was elected as part of the GSD lineup in the last election and left them to form her own party.

It was a bad night for the GSD with the new TG party taking nearly half the non GSLP votes. Even more so for its leader who came third in his own party vote share.

There were two independent candidates, who stood little chance of election.

In an election overshadowed by imminent Brexit, his acceptance speech at the count, Fabian Picardo said:

“Our main role in these coming four years will be to sail this nation of ours safely through the uncharted waters of our departure from the European Union. We will sail our people securely through every potential variation of that process even its potential cancellation.

We will do so delivering our post-Brexit national economic plan, we have already turn charged our economy by securing financial service access to the United Kingdom, in this week’s Queen’s Speech we have secured confirmation of Gibraltar as unique in this respect.

We have already turbo-charged our economy with the double taxation agreement with the UK, which was also confirmed yesterday by London. These are important developments, important opportunities to do business in and from Gibraltar.

The other big issue which polarised voters, and may have helped swing votes from the GSD was their policy on opposing regularising abortion in Gibraltar, where Marlene Hassan Nahon’s party has a progressive outlook, and the Alliance want to pass the parcel to the electorate by way of a referendum.

On local issues, a strong factor is the new parking scheme which is seen as flawed and causes much discontent. Although the voting system encourages party supporters to vote for all candidates in their chosen party the variation in numbers indicates personal popularity.